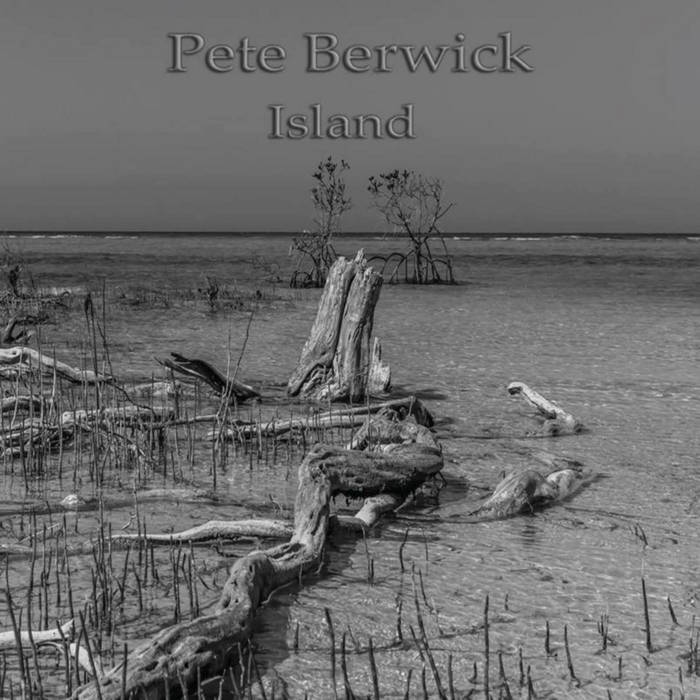 Joshua (J.Smo) Smotherman Pete Berwick is one of the best things to happen to punk-infused, alt-country leaning, folk music since Johnny Cash made his impact on this planet. There is no other entertainer in the business that works as hard or harder than Pete Berwick, hands down! Island is the next step in the evolution of a master craftsman who refuses to slow down, become complacent or allow the status quo to interfere with his art. Favorite track: I'M GETTIN' TIRED OF THIS PLACE.

Cowpunk / alt-country pioneer Pete Berwick has been touring and recording and hammering out hundreds of shows a year, as a solo artist and with his bands, for over four decades. Along with releasing six albums, he is also an author and actor, and has written and published four novels, as well as having appeared in film and television.
He is also an amateur boxer. "Can't kill a man born to hang" is Berwick's motto, as he fearlessly travels from town to town and roadhouse bar to roadhouse bar with a lifetime of critically acclaimed songs and his battered six string.
Over a dozen of his songs have been featured in movies and television, several of his albums have been placed in the year's top ten by various media sources, and his "Ain't No Train Outta Nashville" album, recorded and shelved on Music Row in 1992 and eventually released in 2007, peaked at #5 on XCOUNTRY RADIO, now OUTLAW RADIO.
"Island" is Pete Berwick's sixth studio album, with backing band The Mugshot Saints delivering the musical firepower, produced by Jason Botka at Skye Bleu Studios in Villa Park, Illinois, and according to his critics, his finest work and masterpiece, scraped from the trenches and ruins of the long, hard miles and highs and lows of his hard-fought battles in the music industry.
The early reviews of this grizzled veteran's 2019 album release describe fairly well what his world-wearied heart was attempting to say on this one:

"Each song is written straight from the heart and delivered like a punch to the stomach. If you like country, blues or just good ass kicking rock and roll, “Island” will fit perfectly in your playlist." --Rob Weingarten, Radio-Television Personality

"This is undoubtedly the finest album release to date from this inspirational songwriter and performer. Pete Berwick captures his own essence in every song. As you feel his emotions run down your spine you unwittingly connect them with one’s own lifetime experiences and you’re hooked, right to the very last song. Essential modern day Americana with an organic ‘live’ feel. Ever so highly recommended!!" --Lucas Campbell, “The Rock of Ages Radio Show” U.K.

"There is a 'tenseness' in the subdued emotions in the songs, a longing that's palpable. I feel 'Island' is the album we always knew he had in him. I can't wait to share it with my audience." --Eddie White - The Cosmic Cowboy Cafe - 2RRR - Sydney, Australia

“No good music collection is complete without a copy of the upcoming album 'Island,' by Pete Berwick. It’s a heartfelt slice of Americana that may never truly receive the accolades it so deserves. The album is solid, and is reminiscent of the many great Americana / singer-songwriters of my youth, such as The BoDeans, John Prine, Steve Earl, Tom Petty and the Heartbreakers, even Johnny Cash. It’s an album filled with angst, love, hope and urgency. This album will reach out and tug at your heart and soul.” --Nick Katona, Radio Host, Concert Promoter, and President of Melodic Revolution Records, Orlando, Florida

"When it comes to Pete Berwick the songwriting is always top notch, and I've always liked that gravelly growl. The vocals on this one sounds like Pete has laid off the PBR and Cigs, and has been drinking honey and smokin' catfish. That turns out to be a sweet combination." --Billy Rose, Radio DJ at KMCN, Clinton, Iowa

"A coat of polish can't wash away the grit of a Pete Berwick album. And that's a good thing. The enhanced production and beautiful harmonies on his latest release only serve to highlight the heartache and joy." --Mike Preston, Television Host, Music & Entertainment Journalist, Professional Comedian

Bandcamp Daily  your guide to the world of Bandcamp